“We made a commitment to green our game and reduce our energy costs, which we’ve been able to do by 20 percent since the stadium opened in 2006,” said Joe Abernathy, vice president, stadium operations. “Our partnership with the Electrical Connection and Sachs Electric has been valuable in advancing our sustainability commitment and educating the public about energy conservation.” 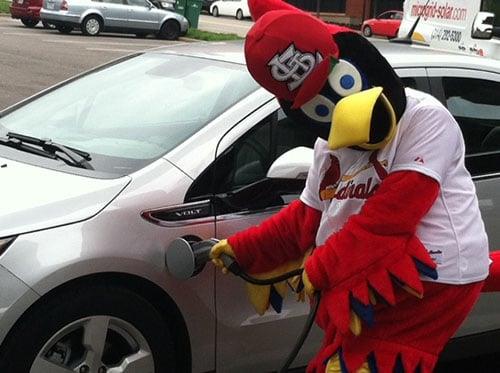 “Charge her up, Fredbird! The St. Louis Cardinals partnered with the Electrical Connection and Sachs Electric to install the first-ever electric vehicle charging station at Busch Stadium.