ST. LOUIS – Missouri’s largest labor organization has named Jake Hummel of the International Brotherhood of Electrical Workers (IBEW) Local 1 as its new president. Missouri AFL-CIO announced the election of Hummel as its new president on May 19, 2020. In addition, it named Merri Berry as the organization’s next secretary-treasurer.  Both were elected by unanimous vote of the Missouri AFL-CIO’s executive board. 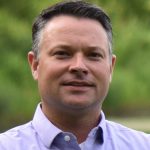 The labor coalition Hummel leads includes 55 affiliated unions representing more than 250,000 workers in Missouri. Hummel succeeds out-going President Mike Louis who has announced he will be retiring on June 30, 2020.  Hummel has been serving as secretary-treasurer of the Missouri AFL-CIO.  He previously served as the president of the St. Louis City Labor Club, a Missouri State Senator, and as the Democratic Floor Leader in the Missouri House of Representatives. Read more.