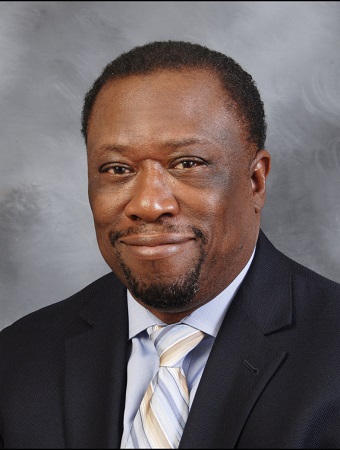 According to the St. Louis Business Journal, the “Champions for Diversity and Inclusion” showcases “individuals who, through their work, are truly championing the cause of making St. Louis a more inclusive place to live and work.”  In saluting Taylor, the business publication noted that he “works to chart a path for more minorities in the electrical industry. When Taylor entered the IBEW/NECA Electrical Industry Training Program in 1990 as an apprentice, only two women and two African Americans were selected yearly for apprentices.  Today, approximately a third of apprentices at the training center are minorities and it has sustained that number for the past 10 years.”

Taylor is recording secretary for IBEW and for the past 17 years has been the voice of minority workers as the co-founder and current president of IBEW’s Electrical Workers Minority Caucus.  He has used that voice to help shape the Electrical Connection’s diversity goals, leveraging the modernization of infrastructure as a recruitment tool in underserved communities. This includes engineering and installing renewable energy, smart infrastructure, EV charging stations, integrated communications along with tradition electrical and communication needs. To accomplish his mission he uses the Electrical Connection partnership’s significant resources and outreach, including:

·         Workforce development at the IBEW/NECA Electrical Industry Training Center which for 80 years has produce more highly skilled and safe electricians and communication technicians than any education program in Missouri – all free of charge in an apprenticeship program where students earn a living with benefits while they learn.

·         Engaging local residents in electrical industry careers through project partnerships that allow them to learn skills on the electrical and communications improvements made by Electrical Connection contractors in their communities. The career development takes shape in establishing paid pre-apprenticeship work on the project.  The hands-on work fortifies needed skills to apply for a full apprenticeship at the IBEW/NECA Electrical Industry Training Center, launching a career in the electrical industry.

·         Active engagement in a number of volunteer outreach programs by the Electrical Connection including support of Rebuilding Together, Habitat for Humanity, Ferguson Shop with a Cop and more.  These programs also introduce careers in the electrical industry in communities with significant minority representation.

For the last six years, Taylor has served as a mentor for the Missouri Division of Youth Services, providing guidance for those the agency serves and encouraging young people to consider a career in the trades. This year, a coat drive initiative launch by Taylor when he co-founded the Electrical Workers Minority Caucus in 2004 will present its 18,000th coat to youth in need.

Outside of the electrical industry, Taylor serves as treasurer on the Hazelwood School Board, is chairman of the St. Louis County Fire Safety and Standards Commission and has served on the board of the Black Jack Fire Protection District. From 2010 to 2014, Taylor also served as the representative for 80th District in the Missouri House of Representative.

Taylor and other honorees will be saluted at a Sept. 9, 2021 luncheon at the Chase Park Plaza.   Learn more about the St. Louis Business Journal’s “Champions for Diversity and Inclusion” program and all of its honorees.