ST. LOUIS – For the second year in a row, volunteers with the Electrical Connection will be donating skills and services to make electrical improvements to the Greater St. Louis Area Council, Boy Scouts of America’s S Bar F Scout Ranch near Farmington, Mo.   The camp has served generations of scouts throughout eastern Missouri for more than 50 years.

On Saturday, May 18, 2019, about 30 volunteers from the International Brotherhood of Electrical Workers (IBEW) Local 1 and seven electrical contractor members of the National Electrical Contractors Associations (NECA) will donate services to repair and improve electrical systems.  Many of those helping will be IBEW trade workers who have dedicated countless hours as scoutmasters, like Ken Edgar.  Edgar is a fourth generation IBEW electrician.

“Two of my kids have been in the Boy Scouts and we have thoroughly enjoyed the experience at the S Bar F ranch,” said Edgar.  “We want to make it an even better experience for the next generation of scouts.” Edgar will be joined by his sons, Ken IV, who is also an IBEW electrician and Alex, who is a junior in high school. 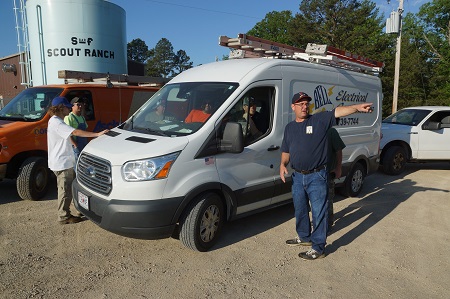 Improvements will be made to five different camps on the 5,200-acre site to bring them up to 21st century standards, including:

·         Upgrading electrical and lighting needs for the Swift Base Camp, where the Boy Scout staff stays;

“The Electrical Connection members are setting a great example for our scouts by their service to the community,” said Anthony Fouts, director of camping services for the Boy Scouts. 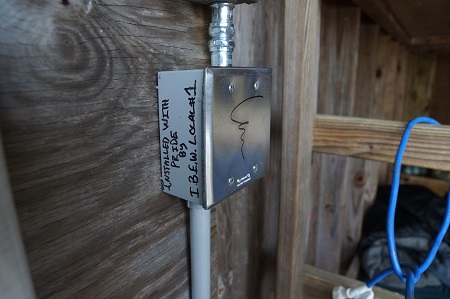 “Our members are eager to help and will ensure all wiring and installations met the standards of the National Electrical Code,” said Lee Asher, business representative, IBEW Local 1. 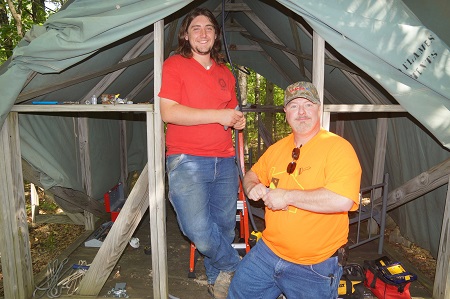