ST. LOUIS – As soccer fans excitedly await the groundbreaking of the new MLS stadium downtown, the Electrical Connection continues to support professional soccer locally with its sixth year sponsoring Saint Louis Football Club’s (Saint Louis FC).  Saint Louis FC kicked off its sixth season on Saturday, March 7, 2020 with a 4-1 against The Miami FC at West Community Stadium in the World Wide Technology Soccer Park in Fenton, Mo. Covid-19 has since forced the suspension of the season for the time being. 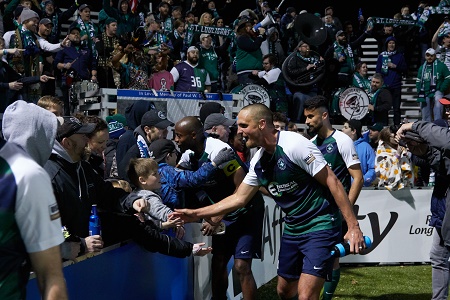 Wearing their familiar jerseys emblazoned with the Electrical Connection logo, Saint Louis FC greeted fans at the opening game, then scored in the 10th minute of the match and never looked back.

The Electrical Connection is offering one free jersey giveaway for the home games that are played.  To register for the jersey giveaway, visit www.electricalconnection.org. 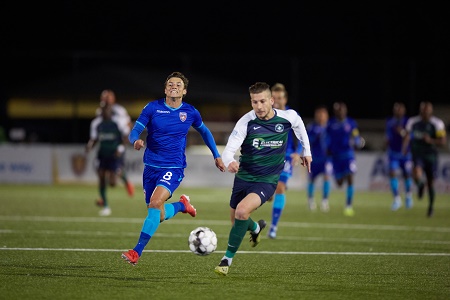 In addition, the Electrical Connection will again partner with Saint Louis FC to raise money for area “Shop with a Cop” law enforcement trust building programs. That game will be scheduled for this summer, pending the resumption of the season. For more information on Saint FC’s schedule, visit www.saintlouisfc.com. 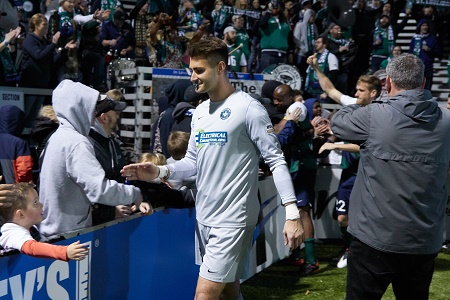 “Six years ago, we were proud to sponsor the return of outdoor professional soccer to St. Louis with the debut of Saint Louis FC,” said Jim Curran, executive vice president, Electrical Connection. “It’s been great to energize the great soccer tradition in St. Louis  You see it in every game and as excitement builds for the debut of the new MLS franchise coming to St. Louis.”