One of the prime engines for economic development locally is also among the least known – union pension funds reinvested in the St. Louis region.  There are several supported by IBEW and its NECA partners.  They include AFL-CIO Housing Investment Trust (HIT), AFL-CIO Building Investment Trust (BIT) and Union Labor Life Insurance Co. (ULLICO).  Collectively, these funds have invested $946 million in local real estate projects.  Among the newer funds is the National Electrical Benefit Fund.  “Union construction is a huge source of economic stability for a community like ours,” said Doug Martin, executive vice president St. Louis Chapter NECA, in a feature on construction financing in St. Louis Construction News and Review (CNR).  “We’re self-sustaining.  Our wages and benefit packages are entirely funded by the industry. The magnitude of these funds allow us to make investments that are pivotal to our community.”  Read the full article in the latest issue of St. Louis CNR.

Our NECA and IBEW contractors are also economic engines in the Metro East having built robust businesses.  Two Electrical Connection contractors were ranked among the largest Metro East businesses by the St. Louis Business Journal.  They include J.F. Electric, Inc. and Pyramid Electric Contractors.

And coming up on August 10, 2021, the Electrical Connection will be a major sponsor of the St. Charles County Economic Development Awards luncheon.  One of the honorees will be David Hoffmann, chairman of the Hoffmann Family of Companies, which is planning a $100 million investment in Missouri Wine Country in St. Charles County. Meanwhile, Scott Drachnik, president and CEO of the Economic Development Council (EDC) of St. Charles County gave a social media shout out to the Electrical Connection’s Jim Curran and Doug Martin for inviting the EDC to the Saint Louis Construction Cooperative’s monthly meeting to update the construction industry on economic development in the county. 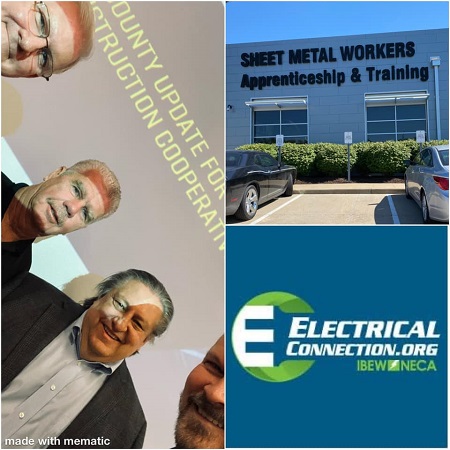