As seen in the St. Louis American

The business case for diversity in the workplace is pretty simple.  “We want and need our construction crews to more accurately reflect the diverse population that we serve,” noted Emily Martin, president of Aschinger Electric, one of the region’s largest electrical contractors.  But for Aschinger and other members of the St. Louis Chapter of the National Electrical Contractors Association (NECA) and their partners with the International Brother of Electrical Workers (IBEW) Local 1, it’s even more than that.  It’s about creating pathways to successful minority business ownership in an industry that can be unforgiving for startups.

For the past 14 years, the Regional Union Construction Center (RUCC) has been quietly supporting minority- and women-owned contractors in the construction industry.  One of its graduates, Sabrina Westfall, founder of J West Electric, was named St. Louis Minority Contractor of the Year last year.  She came up through trades as an IBEW electrician trained at the IBEW/NECA Electrical Industry Training Center. So did two other IBEW/NECA contractors currently in the RUCC program. 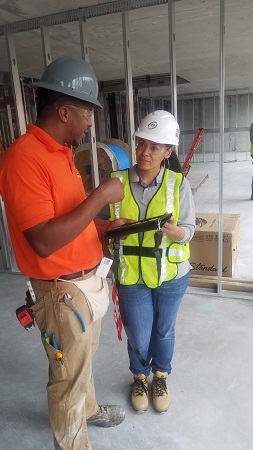 RUCC was created through the Saint Louis Construction Cooperative in 2006 to fortify the region’s minority- and women-owned contracting community.  A lack of business skills had led to the collapse of a number of budding contractors.  Construction startups have the second highest failure rate among all industries at 53%.  Managing cash flow is a big reason for the failures.

“The contractors RUCC serves all have the skills to build, but running a businesses is fraught with challenges,” said Alan Richter, executive director, RUCC.  “We establish an advisory board for contractors in the RUCC program, drawing from volunteers from some of the region’s best accounting, legal, banking and construction firms. The model for the program owes much to Marion Hayes, founder and president of BRK Electric.” BRK is a 17-year-old NECA minority contractor that serves commercial, industrial, and institutional customers.

Hayes combined higher education with training at the IBEW/NECA Electrical Industry Training Center in St. Louis to launch his career. In the 1990s, he earned a degree in electrical engineering and a master’s in construction management from Washington University.  He also completed his apprenticeship at the training center, becoming a journeyman wireman in 1995.  As Hayes was contemplating starting up his own business, he connected with Richter who at that time was with the St. Louis Small Business Development Center.  Hayes launched BRK Electric in 2003.  “The insights from working with Marion helped establish the RUCC advisory board model,” noted Richter.

“Especially in construction, relationship building is important,” said Hayes. “But St. Louis has some societal challenges for minority contractors.  You need a solid network to raise capital and find good legal, accounting and financial help. There were barriers to accessing business building networks.”

After RUCC was launched, Hayes served on its board and he’s received numerous honors for his business success and for helping broaden opportunities for other minority contractors. “RUCC is a demanding program,” noted Hayes. “You’ve got to be willing to open up your books to the advisory board and make smart decisions on bidding projects that don’t wind up crushing your business financially.”

IBEW Local 1 Business Manager Frank Jacobs serves on the RUCC board and notes that its mentorship approach has also been applied to training apprentices. “For the last nine years, minorities have made up 25% to 40% of apprentices at our training center,” said Jacobs. “Our mentoring program has produced a more than 90% graduation rate.  One of our IBEW members, Kelly Stokes, who works for BRK, has been invaluable as a tutor and mentor at the training center.” 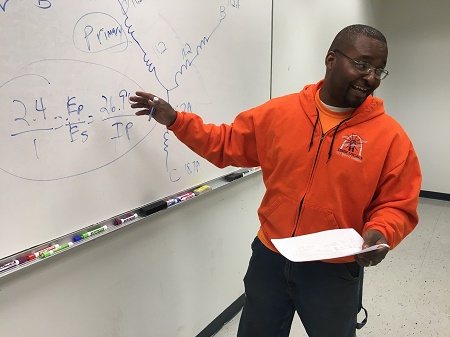 One thing is for certain, the current pandemic has amplified the demand for IBEW/NECA services as an essential industry.  Through its Electrical Connection partnership, IBEW/NECA is preparing a diverse workforce of the future to meet greater demands for reliable power, robotics and smart infrastructure, including the communications foundation for remote learning, working and connecting worldwide. The diversity outreach through the Electrical Connection also includes sponsoring the Saint Louis Science Center Youth Exploring Science (YES) program and supporting the Mathews-Dickey Boys' & Girls' Club and STEM education throughout the region. As Hayes notes, growing opportunities for all is the best way to ensure a community’s long lasting prosperity.