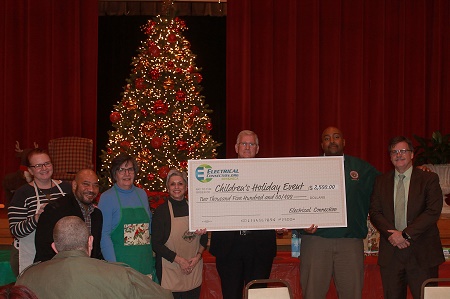 The holiday giving event was co-sponsored by the St. Nicholas Greek Orthodox Church at 4967 Forest Park Ave in partnership with the U.S Probation Office.  The program helps rehabilitate inmates and ex-offenders in the justice system.  Children gathered with families at December 11th holiday party in the St. Nicholas Greek Orthodox Church gym.  They were given winter coats, Christmas gifts and celebrated the holiday season with festive activities. Up to 250 children were served in the program.  At a separate event, children of inmates in the federal system were able to visit with their mothers via a teleconference. 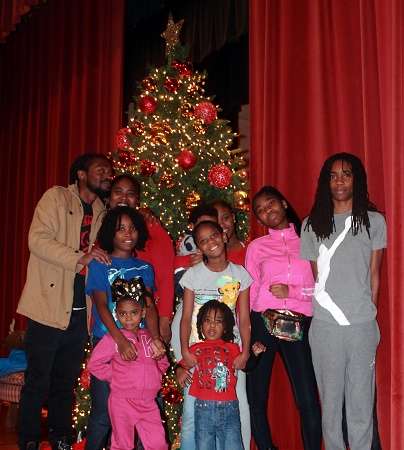 “The Electrical Connection is a great community partner not only because it is supporting our holiday gift giving program but it is also introducing a solid career path in the electrical industry to those we rehabilitate,” said Scott A. Anders, Chief U.S. Probation Officer. 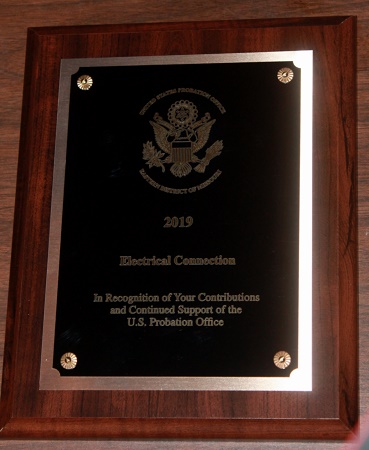 In many ways, the U.S. Probation Officers Children’s Holiday Event is much like the “Shop with a Cop” program long supported by the Electrical Connection.  The law enforcement community trust-building program provides holiday gifts to children that they would not otherwise receive.  The Electrical Connection supports “Shop with a Cop” programs in Ferguson, Mo. and in St. Francois County, Mo. 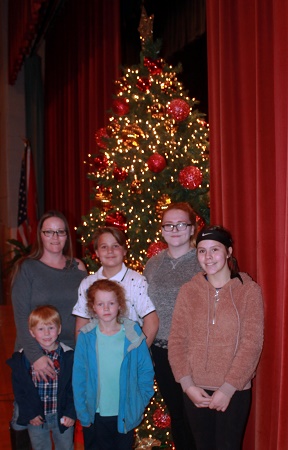 The holiday giving event is part of the U.S. U.S. Probation Office’s Project Re-Direct an innovative approach to rehabilitation. It is an intense seven-month program led by Clark E. Porter, MSW, an ex-felon himself, who is now a program support specialist for United States District Court Eastern District of Missouri.   The program offers substance abuse treatment, community service, employment assistance, and support for ex-offenders to reduce recidivism and reorient their lives to give greater purpose beneficial to society.  Learn more about Porter and Project Re-Direct in this video. 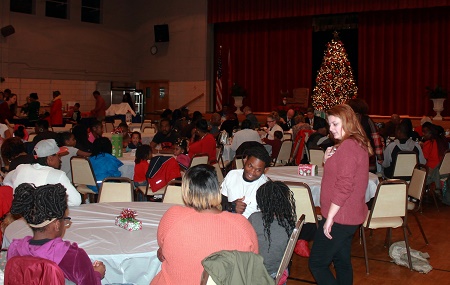 “Project Re-Direct is a creative approach to stabilizing lives and families,” said Jim Curran, executive vice president, Electrical Connection.  “We support the program because it strengthens families and builds inner strength through hard work and the program’s education and support services.  And if our participation also generates interest in our IBEW/NECA Electrical Industry Training Program, so much the better.”