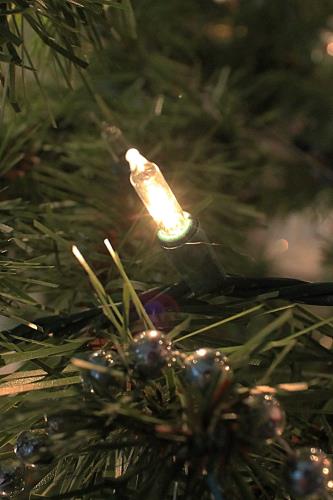 The NFPA report issued in March 2017 details an annual average of 45,210 U.S. home structure fires reported in the U.S. involving electrical failure or malfunction from 2010 to 2014. The fires resulted in 420 civilian deaths, 1,370 civilian injuries and $1.4 billion in direct property damage each year, according to the report.

“People tend to stay indoors more in the winter months and sometimes misuse electrical devices, such as space heaters, extension cords and holiday lights, creating a potential fire hazard in their homes,” said Frank Jacobs, business manager, IBEW Local 1.  “We want to get ahead that by launching a public safety campaign.”

Jacobs also noted that a lot of injuries occur when homeowners fall off of ladders while hanging holiday lights.  The Electrical Connection offers skilled contractors who can safely install and take down holiday lights. 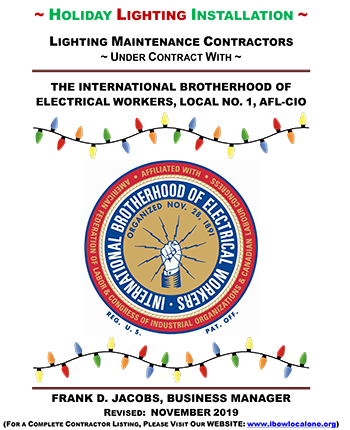 “Our NECA contractors are frequently called to make electrical repairs to faulty installations that were perform by someone who didn’t have the skills to do the work,” noted Doug Martin, CEO, St. Louis Chapter NECA.  “We emphasize building to National Electrical Code standards to avoid wiring hazards hidden behind walls of homes and businesses.”

NFPA reported that non-home fires resulted in 20 civilian deaths, 190 civilian injuries, and $659 million in direct property damage each year from 2010-2014.

WARNING: While homeowners can visually inspect electrical systems, we do not recommend they attempt to fix or tinker with them in any way.  Leave that to a licensed professional.

·         Space Heaters/Electric Blankets -- Never use an extension cord for an electrical heating appliance, such as a space heater or an electric blanket.  The cord provided with the heating device is properly rated and should be connected directly to the electrical outlet. Inspect your space heater and discard it if it shows deterioration, particularly around the plug-in cord, or it lacks a functioning automatic shut off if tipped over.  Watch where you place the space heaters to keep it away from combustible materials.  Keep children away from space heaters.  Closely inspect electric blankets and heating pads and discard them if you note any potential fire hazard, such as discoloration due to overheating or exposed wiring.

·         Extension Cords -- Never use an extension cord for an extended time as a permanent or temporary wiring solution. Extension cords aren’t made to be used for long periods of time and can result in electrical fires. When you are using an extension cord, always ensure that the plug has all three prongs. This ensures that your cord will stay properly grounded, which could prevent the cord from overloading. Any extension cords without the third prong should be discarded immediately.

·         Holiday Lights – Examine and discard lights with frayed wires. They are not only a fire hazard, but a shock hazard and are especially dangerous if they come in contact with a metal gutter and ladder while being installed outside.  Use lights that are Underwriters Laboratories (UL) tested for safety and don’t exceed the strands of lights that can be connected as detailed on the product.  Pay attention to whether the lights are rated for indoor or outdoor use.  Consider using LED lights which last 20 times longer and don’t burn hot like traditional incandescent lights. Child-proof all holiday decorations. Lights can be fascinating to young children and if they get too curious can expose them to a live circuit.

·         Outlets -- Don’t overload sockets with plugs that could start a fire.  Any electrical outlets in your home that are near a water source—sinks, bathtubs, washing machines—require a ground fault circuit interrupter (GFCI) according to the National Electrical Code. A GFCI is a fast-acting circuit breaker that shuts down your electricity as quickly as 1/40 of second after a fault occurs. If you’re missing a GFCI an electrical professional can easily install one for you.

·         Wiring -- Visually inspect your home’s service panel and note any potential concerns.  Contact a licensed professional if the panel is not firmly attached to the wall or wires are not neatly enclosed within their protective box or if deterioration is noted.  Also contact a licensed professional if you note wiring connection points are not capped with a wire connector and enclosed within an appropriate UL approved junction box.