As tickets go on sale for a chance to win the St. Jude Dream Home in St. Charles County, the IBEW/NECA partnership is finishing up donating services to complete electrical work in the home.  The home is taking shape at the Streets of Caledonia in O’Fallon, Mo. and carries an estimated value of $565,000. It features four bedrooms and 2.5 baths in 2,800 square feet of living space.   NECA contractor Grasser Electric and its IBEW workforce are now working on installing all of the electrical infrastructure and fixtures for homebuilder Fischer Homes. Proceeds from the ticket sales will benefit children served by the renowned St. Jude Children’s Research Hospital®.  The winner of the home will be announced later this summer. 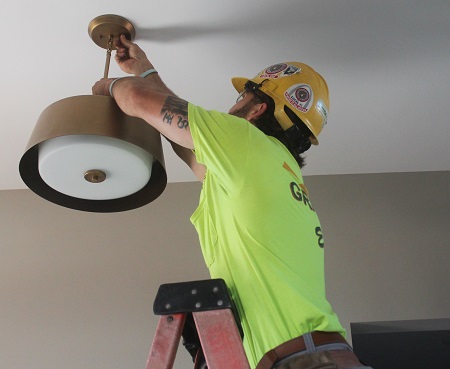 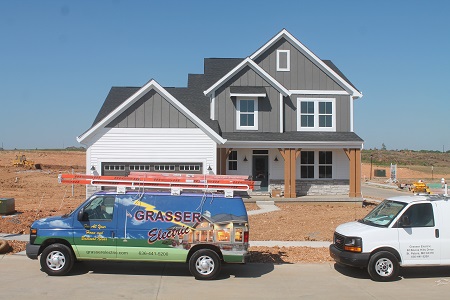 The promise of energizing high-end living options around the Meadows at Lake Saint Louis shopping center is unfolding in two luxury apartment communities being built with the assistance of the IBEW/NECA partnership.  The Meadows Luxury Living is taking shape along Technology Boulevard across from the retail enclave which debuted in 2008.  J. Bathe Electric is part of the building team led by Wright Construction.  The multifamily project is being developed by Mia Rose Holdings and will include five, three-story apartment buildings. It features 48 two-bedroom units and 108 one-bedroom units as well as a number of amenities including a pool, sun deck, outdoor lounge, clubhouse and greenspace. 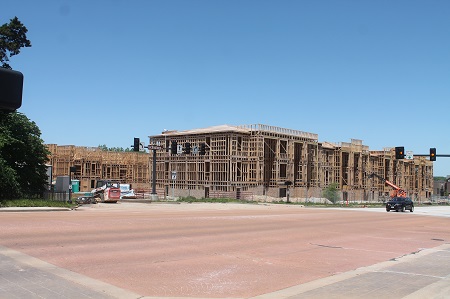 The Meadows Luxury Living is emerging on Technology Drive

across the street from the Meadows at Lake Saint Louis shopping center.

Meanwhile just down the street at Technology Road and Feise Road, NECA contractor Bell Electrical Contractors and its IBEW workforce is part of the design/build team led by ARCO Construction that is building the 240-unit Boulders @ Lake Saint Louis, another luxury living community. Two of 10 apartment buildings are under roof and being roughed in.  Bell is performing all of the electrical and low voltage work, including voice/data and fire alarm.  The project includes a number of amenities, including a clubhouse and pool.  The team is targeting an end-of-year completion for the development. 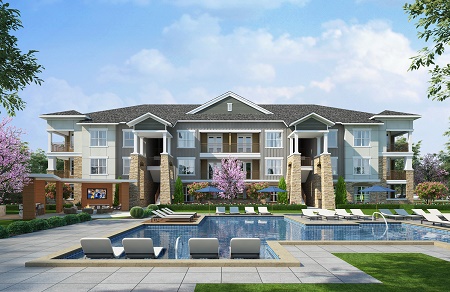 A rendering of The Boulders @ Lake Saint Louis.

Over in Illinois, NECA contractor J.F. Electric has again been named one of the largest Metro East businesses by the St. Louis Business Journal.  The Edwardsville-based electrical contractor reported revenues of $308.5 million in 2021 ranking 11th among all Metro East companies, according the business publication.  The firm specialize in utility, commercial, industrial and telecom electrical services.