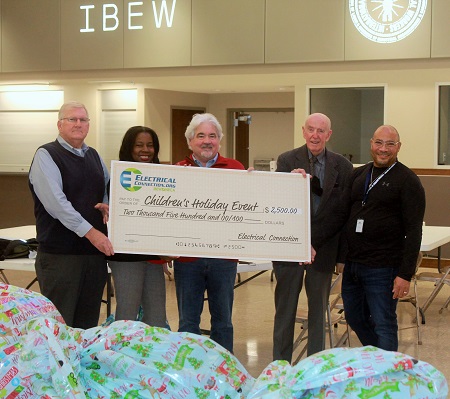 “At the heart of what we do for the families we serve in the justice systems is stabilize and improve lives,” noted Lisa White, supervising U.S. probation officer.  “Part of that is brightening the holidays and we greatly appreciate the Electrical Connection’s hospitality and financial support to make that happen.”  In addition to hosting the event at IBEW’s union hall, the Electrical Connection also donated $2,500 to support the holiday gift giving program. 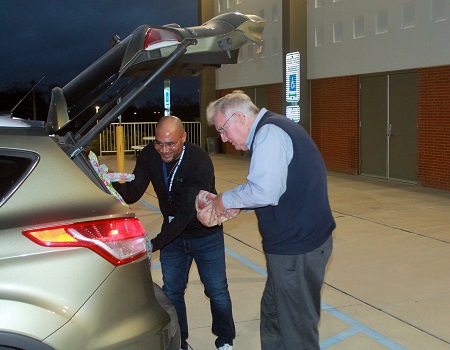 On Dec. 15, 2021, families pulled up in cars behind the union hall where free frozen turkeys, hams and other gifts were delivered with the help of the probation division and members of the Electrical Connection. 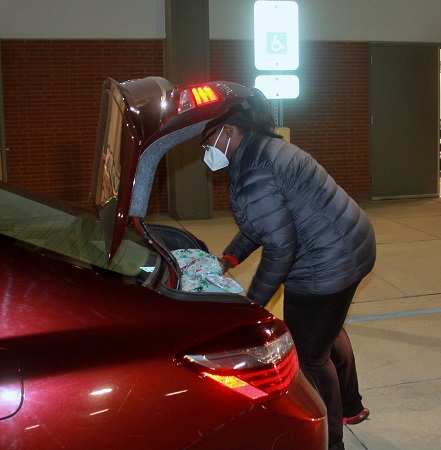 “It’s the fourth year that our IBEW/NECA partnership has supported the U.S. Probation Officers holiday giving program,” noted Jim Curran, executive vice president, Electrical Connection. “In addition to brightening the holidays, we also hope to ‘plant the seed’ that our partnership offers great career opportunities for all at the IBEW/NECA Electrical Industry Training Center next door.” 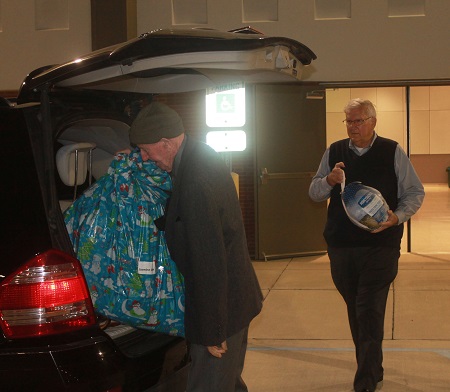 The holiday giving event is part of the U.S Probation Office’s Project Re-Direct an innovative approach to rehabilitation. It is an intense seven-month program led by Rebecca Bledsoe and Clark E. Porter, MSW, an ex-felon himself, who is now a program support specialist for United States District Court Eastern District of Missouri.   The program offers substance abuse treatment, community service, employment assistance, and support for ex-offenders to reduce recidivism and reorient their lives to give greater purpose beneficial to society.  Learn more about Porter and Project Re-Direct in this video. 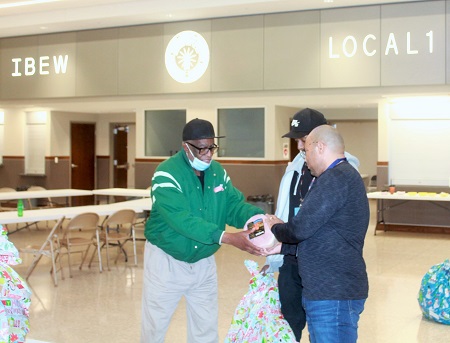