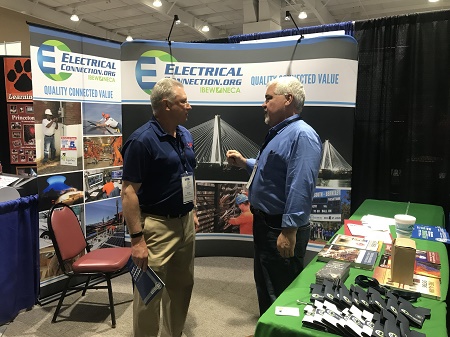 Meanwhile, a week earlier, Jim Curran addressed students at the three-day annual St. Louis FIRST Robotics regional competition at Chaifetz Arena on March 13-16, 2019.  Curran provided the perspective of IBEW/NECA which has been the leader in installing and maintaining robotics in advanced manufacturing facilities and other industries dependent on automation. “We salute you and the potential you have to be technology leaders in the future,” said Curran. 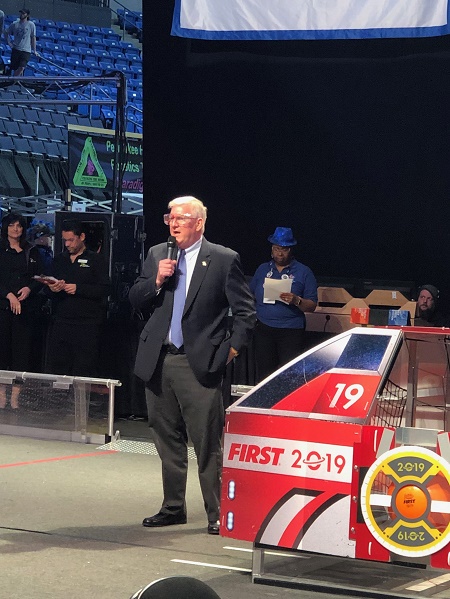