Total Electric Inc. is a full-service electrical contractor. We are WBE Certified with the State of Missouri.
Our primary focus is heavy industrial and institutional construction ranging from mining operations to schools to hospitals.
Total Electric Inc. has been affiliated with IBEW Local No. 1 since 1971 and a member of National Electrical Contractors Association in St. Louis since 1975.
We offer design-and-build low-, medium-, and high-voltage capabilities. Services include low voltage, communication, overhead/aerial pole-line work, fiber optic communications, troubleshooting, diagnostic preventive maintenance, and thermal imaging. Arc flash analysis services are offered, also.

Total Electric Inc. was incorporated in January 1972. Three generations of the Miller family have worked for TEI. Jesse Miller, who had been an IBEW Local 1 electrician, joined his son, Danny Miller, when Total Electric began and stayed until his retirement. Rodney Miller joined the firm as an apprentice in 1992 after receiving his degree from Southwest Missouri State University. Sandra Miller began with Total Electric in 1972 as the bookkeeper. After a teaching career of 27 years, she joined the firm on a full-time basis. Total Electric became WBE certified in 2004. Danny served on the Board of Directors for NECA, National Electrical Contractor’s Association, for 15 years. He has been a member of the out-state labor relations committee and government affairs for 20 years. He served on the Curriculum Advisory Council for the Southeast Missouri State University Technology Department. Total Electric has concentrated on work in the Southeast quarter of Missouri. The work force has taken pride staying current with state-of-the-art technology. Several electricians for TEI have bachelor’s degrees. Education, quality of work, and pleasing the customer are traits highly valued by Total Electric Inc. 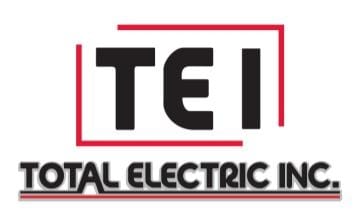